[extracts from “note 1” of the Q.309 Handbook concerning the implications of סמאל in the Via Venerea that we travel]
“… from the violet sunset of Sh.T.H. to the rotten dawn of Sh.T.P.v.H.r … “
[…]
The action 309 uses the manipulative action proper to the venereal way and the energies of the Mater Materia in its development of the anti-path 26.
The figure of  סמאל is the action-thought that activates this path.
It is in relation with Binah (Ma-urt / Tueret) and with the operational aspect of Saturn, thus giving the whole work the necessary oscillation to the movement between the two extremes of the human experiential sphere.
סמאל presides over this turbulence by virtue of his composition:
ס – The cosmic vulva of the continuous shuffling from which the infinite cosmic possibilities emerge in a state of coexistence. This continuous contortion bypasses the paradox of the uoroborus freeing the projector from the first illusion, the cyclicity.
ס is the 15th glyph that expels the nature of סמאל . Related to the Passion, the value 15 has correlations with “the skin of Sh.T”, the allegorical element that in the Q309 system contains the seed of KPHR.
מ – the waters that make up the Tehom from which the first mountain emerges, the first earth.
This element creates the foundations of Setian fixedness.
מ is the 13th glyph, the moment of separation between the chaotic pandimensionality and the adimensionality of the Void, the two coronations of the centripetal Setian movement refused in the reversed ankh.
13 is the body and its interaction in Assiah. 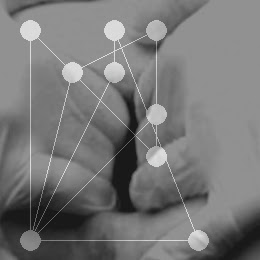 ל The lust of movement, a motion to place, the experiential accumulation which is the basis of the action 309.
ל is the desire, the unifier of the 4 absences and of the 4 prime instincts.
ס – the Universal Vulva – 60 – The skin of Set[א – Man – 1 – inaction]מ – water – 40 – the reversed ankhל – the axis mundi – 30 – the desire
סמאל in its expansion is ס (the drug, the medicine) which makes א (the man as God) through the development of  Aun (sexual power) acting on Weor (the light).
This path developed from Hod is natured in the impudiance, the porneia and the poison of god and in the alogos, the illogicality as a rejection of the apparent cosmos.
[…]