Q.309 is a method that rejects all spiritual abstractionism in favor of a mysticism created by the actions and elaborated in 2013.
In the beginning there was the experiment of Channel 309. 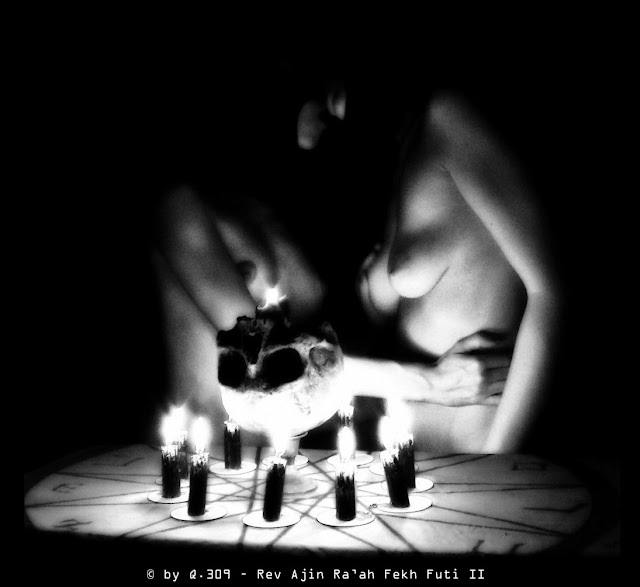 Channel  309 is a video series created spontaneously in the context of the pornographic production of V.L.F. Laboratories.

Over time the activity of Channel 309 became a real Ayinic epiphany and acquired its own identity, it is a work that includes the act of seeing, of movement and of sexuality trascending functionality.
This work of "sight" became the expression of a new thought, a new conception of actions and matter.

It became a method, a new constant element, an "Alpha point" of contact with a new current; the flesh no longer lived as humanity but as an apersonal mean of communion.
It develops two frequencies, a tendency to physicality as a form of higher spirituality and an illogical activity very fruitful and ferocious that results in a mystical and precious vital expression.
It became a "experience of the centre" that developed in two distinct and complementary dimensions, the first "ascetic" one maintained by a physical effort to reach a physical intimacy with the divine; the second mystical one, a privilege of receptivity that gave birth to the first coordinates Q.309.
After an initial period of "purgatio" and a second of "illuminatio", we have reached the present time of "unio", in which Q.309 is diffused.

Q.309 is an attitude born therefore from the actions of flesh and energy that this, if used correctly, conveys.
"Q" indicates the quadratum, the stability of matter in support of the energies that we develop and use.

ש is the porneia, the awareness that on this plane of existence holiness pervades matter; the spirit is produced by the flesh and through it it acts.

ט is the alogos, the perceptual misalignment of the ordered structure of creation.
This ensemble is the work of Ayin, and our creation of the pornographic image carries forward it, the deviation from the "right way" as a method of gnosis. 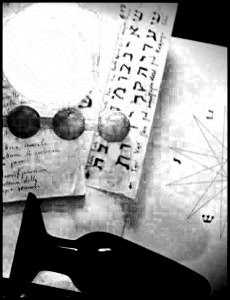